Outokummun Metalli Oy ended 2018 with impressive figures in harvester head production, when the company’s 12,000th harvester head frame was completed at its Outokumpu plant on 18 December 2018. 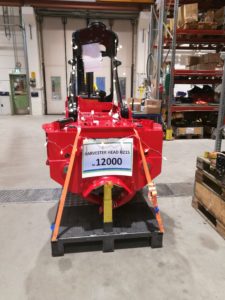 The harvester head in question is the H215E model, a high-capacity new-generation harvester head purpose built for eucalyptus debarking and designed for use on large wheel harvesters and excavators. The day after its manufacture, the product headed to Waratah OM Oy’s facilities in Joensuu for final assembly, and from there it will be delivered to Australia through the Waratah sales organization.

Expertise in the manufacture of forestry machine harvester heads is at the heart of Outokummun Metalli’s business. We produced our first harvester head in 1984, which means reaching a production volume of 12,000 units in the course of 34 years is the result of countless working hours. The family company’s long-term approach, an appreciation for high-quality Finnish workmanship and close co-operation with the world’s largest forestry machine manufacturer, John Deere, have played a key role in the development of our harvester head production.

“It was really great to reach a new thousand-unit mark in harvester production just before Christmas. After a short break for the holidays, production is on track, and the order situation gives us a nice start to the new year. We naturally follow the principle of continuous development in our production, but for 2019 we have bigger development measures in store for production than usual, for instance, through modernizing our machine tools, so it should be an interesting and work-filled year,” says Outokummun Metalli Oy’s Managing Director, Jarmo Paakkunainen. 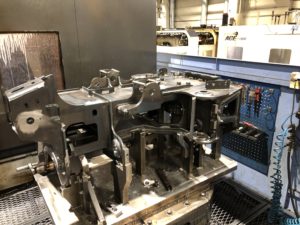 The frame of an H215 harvester head being worked on at a Doosan machining center. 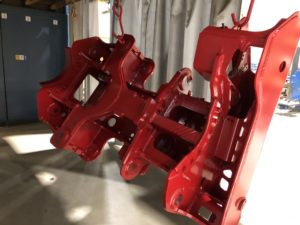 On the paint line, the H215 receives a coat of eye-catching Waratah red. 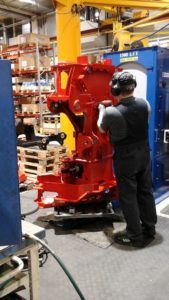 The H215 harvester head on the assembly line at Outokummun Metalli. 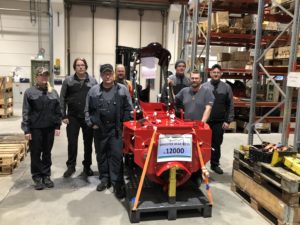 Outokummun Metalli’s assembly technicians gather around the company’s 12,000th harvester head. The man who assembled it, Seppo Smolander, is pictured in the foreground, on the left side of the harvester head.

The harvester head making its way to Waratah OM Oy’s assembly line in Joensuu for electrical and hydraulic installations. 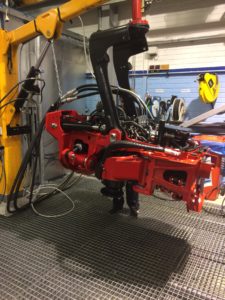 H215 on the test bench after assembly. 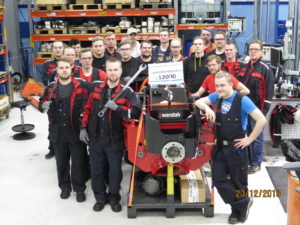 The H215 harvester head ready to be delivered to the customer by Waratah OM Oy’s production employees.